The Ministry of Sound Celebrate 30 years on Mixcloud

Since 1991, the Ministry of Sound has dominated dance music. Today, we are celebrating that 30-year success story. 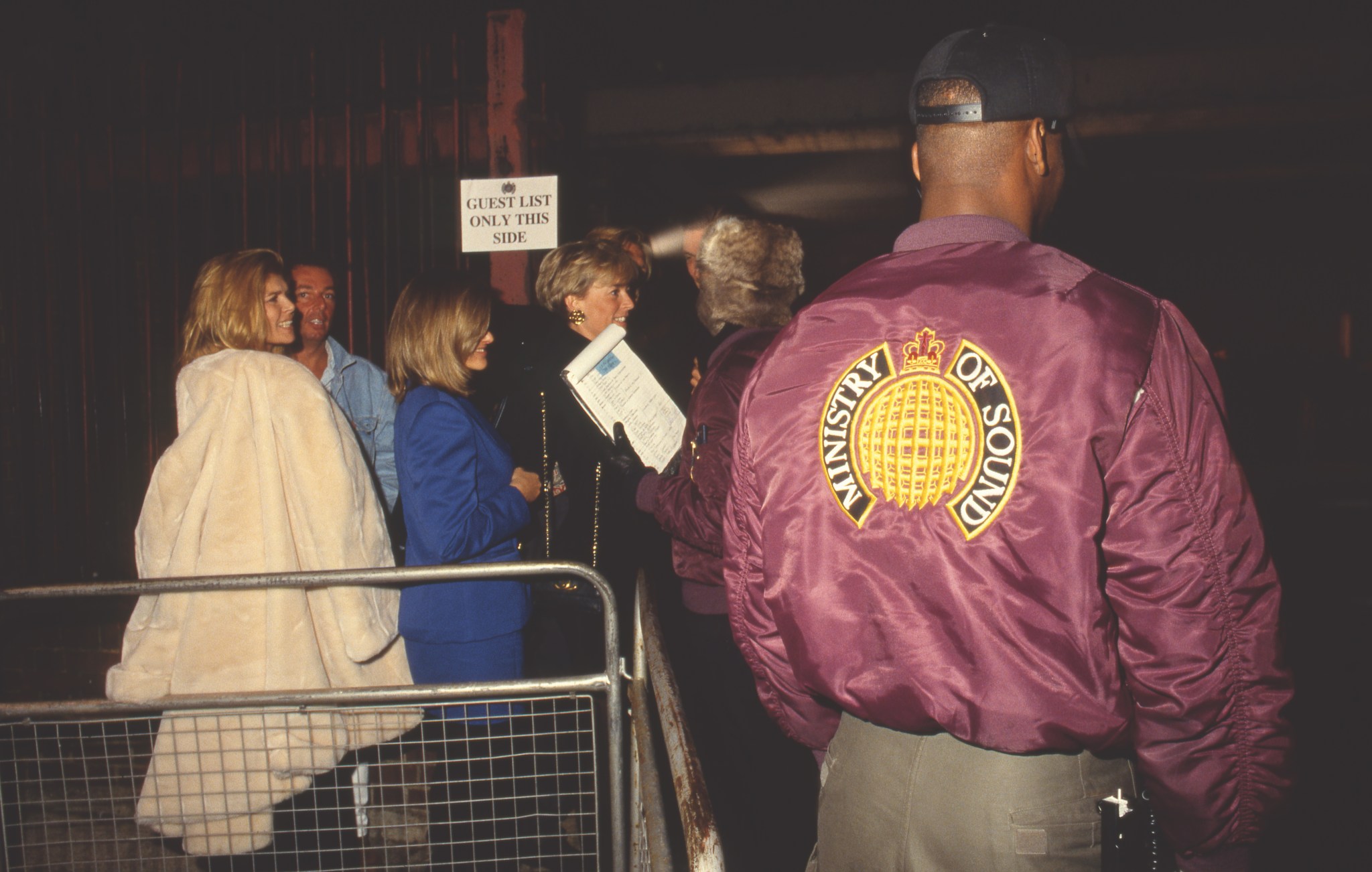 Since 1991, the Ministry of Sound has dominated dance music. Today, we are celebrating that 30-year success story.

What started off as a London based nightclub in Elephant Castle, became one of the most influential labels, brands, and international entertainment businesses in electronic music.

Many of us discovered MOS through their long standing compilation albums, The Annual or The Session. But after the Ministry joined forces with Sony in 2016, the label took on new acts outside of dance music like Doja Cat or Joey Bada$$.

Today, the Ministry’s archive feels practically limitless. And that discography has served them well during the pandemic. With the nightclub closed, the Ministry capitalized on playlisting and live streaming. ‘Dance Nation’ being one of MOS’ biggest playlists has over 250k listeners on Spotify. But as for the archive, that’s being hosted digitally with us. Last week we announced our exciting new partnership with this influential institution and Mixcloud is now the exclusive home for all of their legendary compilations.

In celebration of this partnership and their 30th anniversary, we sat down with the President, Dipesh Parmer and General Manager, Negla Abdela to discuss MOS’ journey so far.
‍

Marking the 30th year of Ministry of Sound this year, what have been some of the defining moments in MoS’ club or label history?

Dipesh Parmer: The label was originally born out of what was being played at the club and it was originally known as ‘Sound of Ministry’ in the early 90s.

Offshoots started from there; ‘Rulin’ was the sound of Friday nights alongside brands like ‘Frisky’ and ‘Open’. The compilation series came next, the first of which was ‘Sessions’ a series created in 1993. The first one mixed by DJ Tony Humphries, then quickly followed ‘The Annual’ which became Ministry’s flagship album mixed by the likes of Pete Tong, Boy George, Judge Jules. This spawned a hugely successful compilations business which included brands such as Clubbers Guide and Trance Nation.

As the dance music scene changed in the early 90’s with trance becoming more popular Data Records was born which became Ministry’s commercial dance label arm. With ATB’s seminal trance classic ‘9pm (Till I Come)’ becoming the first Number 1 single for the label. As well as the likes of Eric Prydz’ “Call On Me” which was (and still is) one of the biggest dance hits of our time.

In 2009 we decided to house all the releases under ‘Ministry of Sound’ which became was bolstered by a string of hits including Duke Dumont’s ‘Need U (100%) and Storm Queen’s ‘Look Right Through’ as well as hit acts such as Example, Sigala, London Grammar, DJ Fresh and Wretch 32.

In 2016 Sony Music acquired the label in a move which further strengthened Ministry’s position. It helped land  global hits for the likes of Regard, Riton, Paul Woolford and an international roster including the likes of Doja Cat and Tate McRae. But with the demise of the touring market a new strategy has been employed with particular focus on playlisting and curation.

For those that don’t know, how expansive is your digital archive and why is it important for you to bring it to Mixcloud now?

DP: Over the years we’ve accumulated and created a wealth of content from club mixes to exclusive artist content. We also share continuous mixes of our compilations including the well-known Annual series. With the 30th anniversary of the club we thought it was the best time to go through the archives and celebrate 3 decades of music with the Ministry of Sound. We already have an audience on Mixcloud who may not stream our content on other platforms. Plus, it’s great that Mixcloud Selects allows our subscribers to enjoy the mixes with offline listening and without ads.
‍

How has the label changed over the years, as a business and in terms of the roster?

DP: 30 years in the Ministry is still regarded as one of the biggest global dance brands. But it had to adapt its business according to not only the trends and nuances within electronic music, but also the industry in general. It’s gone from being a physical compilations brand, to a UK centric record label, to a global artist and singles label within Sony. What’s more, it now includes a curation and playlist strategy that fits alongside the evolution of streaming.

The roster is becoming more of an artist development label, the aforementioned London Grammar have three Top 3 albums, selling millions globally. We’re also enjoying a huge global dance hit with Triton’s ‘Friday’ which is a follow up to his Grammy nominated single ‘Rinse and Repeat’ and ‘Turn Me On’. But we’re also developing a new roster of artists that aren’t dance acts. We want to continue to push the boundaries of what Ministry of Sound is and can be in the future ultimately being a hugely successful label within Sony – a core within dance music and a plethora of quality developing acts that can have huge success internationally.
‍

It’s been amazing to witness how the boom of live streaming during the pandemic has democratised music accessibility. What are your thoughts on these changes?

Negla Abdela: The pandemic increased live stream adoption massively, for the first time people were able to have their favourite DJ play a live set in their living room!
‍

For artists I think it was also a fairly easy way to continue to connect with their fans with touring and festivals cancelled. We hosted the Ministry Weekender, a two day live stream last year and I think the dance music community were the first to really use live streams well at the start of the pandemic. During a time when people were anxious and confined to their homes, DJ live streams were a great release and source of fun and comfort. Music brings people together and live streams connect people globally in a way we’ve not seen before.
‍

And how have those reflections informed your reasons in bringing your MoS’ archive to Mixcloud?

NA: As we look forward to the future of the Ministry of Sound we also want to celebrate the rich history of the Club and the Record Label. Mixcloud is a destination where our fans have access to listen back to Ministry Classics but also get regular new content, live streams and mixes from artists on our roster. We want to continue connecting with global audiences through music and growing our community on Mixcloud.
‍

Streaming has radically transformed how we consume music, what are the most important shifts you see happening in the music industry as a result of this new medium?

DP: Streaming has allowed for a global playing field. We’re now able to control the international conversation ourselves with DSPs and within the Sony sales and international teams around the World – having one global conversation on any particular project really is one of the many big advantages of streaming and can really propel a record or an artist from zero to a million literally overnight. The issue we face right now is there is so much volume in music so it’s our jobs to continue to be selective in our signings and really only back the songs or artists that we feel most compelled about. Data really helps with that – not only to uncover new artists with platforms like Tik Tok but also how well a track or artist is doing both locally and internationally, it’s radicalised how we can market artists but I still don’t think an algorithm can tell you whether a track or artist is good or not. We have to continue to make judgments based on our ear and whether we think it’s right for the label.
‍

For an artist or producer starting out in this era, what advice would you give them to level up in their career?

NA: Work on their craft, be focused, and be consistent. There are so many platforms you can share your music on for free so get your music out there and work on building an engaged audience. Collaborations are also a great way to level up your career and grow your fanbase so don’t be afraid to work with other artists, producers and songwriters.
‍

The spectrum of artists on MoS’ roster is vast – from big room DJs to emerging producers – what have you learned about Creators and what matters to them over the years running the label?

DP: It’s all about reaching audiences. We’ve been very fortunate to have worked with some of the biggest DJs in the world early on in their careers with the likes of Tim Berg/ Avicii with his first hit ‘Seek Bromance’ working with all the individual members of the Swedish House Mafia before they became that brand. Traditionally being a UK label without a global infrastructure in the early stages of Ministry, it was admittedly  hard to retain those acts. But now within Sony we have a global, competitive edge bolstered by our  expertise in dance music. And that really shows with the success we’re having on the label with a wide range of international acts.
‍

What are some positive takeaways MoS experienced from this year? And based on those takeaways, how has the pandemic informed your next steps as business?

NA: A positive takeaway for the Ministry of Sound is that we’ve managed to help people stay motivated and entertained during this time. Mainly through our music releases, live streams, content and playlists.

We’ve had global success over this last year with hit releases from Riton, London Grammar, Paul Woolford & Diplo, Saint JHN, Doja Cat and Tate McRae. To be able to still break artists in a pandemic is great and the success of our singles show how much people turn to music in times like this.
Exercise became a big part of people’s lockdown experience so through our Fitness mixes and content we were able to provide soundtracks to people’s new routines.

Through our live streams we were also able to give people the weekend entertainment at home, while at the same time being able to raise money for the World Health Organisation. The pandemic allowed us to bring together a global line up with everyone from Diplo and A-Trak to Paul Woolford and Sigala which we wouldn’t be able to do as easily for a live event. We’ll continue to look at hybrid live events which are also streamed to a global audience in the future.