After some initial hurdles, we’re now witnessing a powerful collision of creativity in Vietnam like never before... 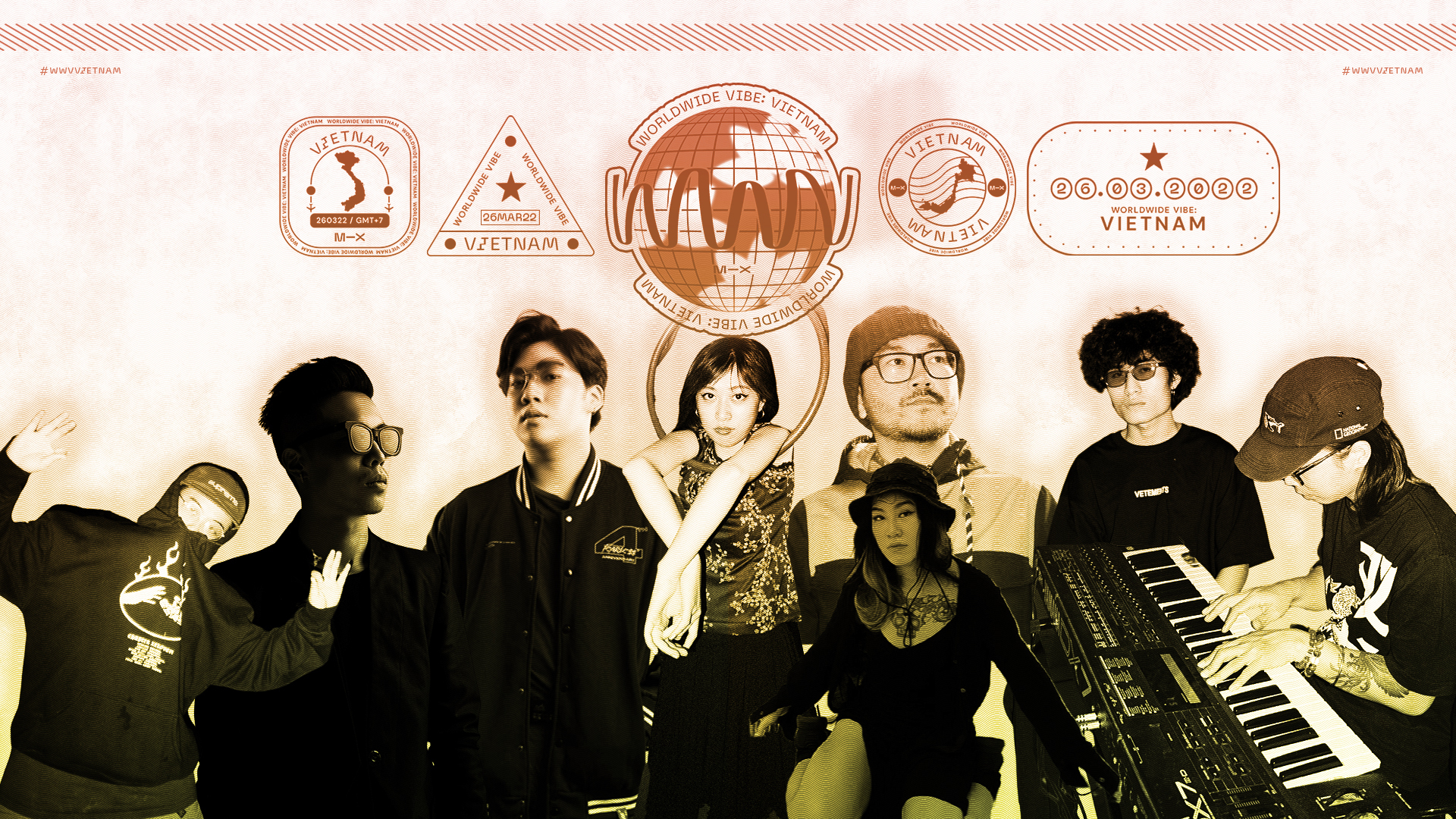 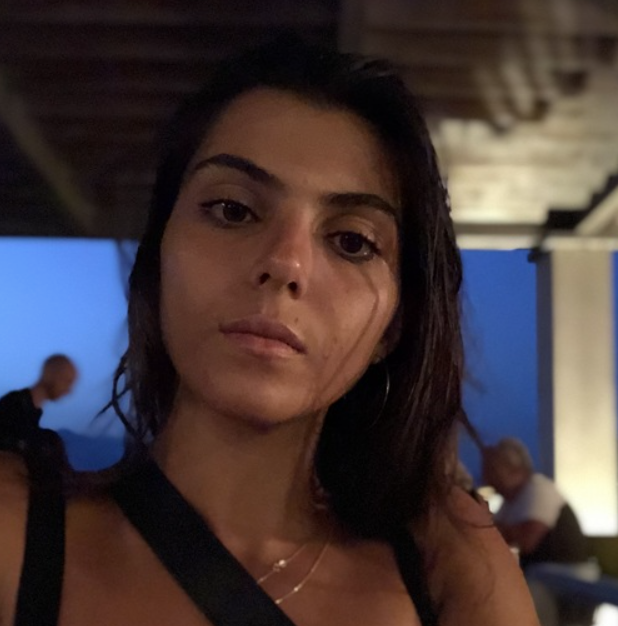 This wasn’t his best show, “I overthought my set way too much” Dan admits, “but it's still one of the best gigs I have ever played.” For Dan, and other established Vietnamese DJs like Jase or Triple D, it’s always been the mission to expand the local underground electronic scene to new heights. “Not just for the ex-pats and Viet Kieu’s (Vietnamese who were raised outside of Vietnam), but for the local kids” he specifies, and that Boiler Room event was a milestone moment – the fruit of their labor – since  “it was mostly locals, which was unheard of ten years ago.”
‍

Let's Break It Down

A little-known fact about Vietnam is that its music scene is currently undergoing a cultural awakening.

A few factors contributed to that: for one, there was (and still is) a shortage of spaces dedicated to those niche scenes. For two, clubbing culture was seen as shady or associated with an “ăn chơi” or dissipated lifestyle. That’s changed in the last five years, but the evolution of harder electronic sounds like bass music, techno, or hardcore have suffered from those taboos.

In the mainstream, however, Vinahouse (a local, electronic genre that amps up pop hits or ballads to 140bpm) is hugely popular (on Mixcloud especially) and local to Vietnam. “Vinahouse is the blue-collar workers' music of choice. Construction workers, rural farmers, office workers, teens, everyday people listen to Vinahouse,” describes Dan. So, there are many Vinahouse clubs that only book local acts but in the EDM scene, it was customary to book headlining, international acts. Tourism was the fuel of the nightlife industry, and this incidentally sidelined local DJs wanting to explore niche sounds and define genres as their own.

“Initially it was more of an ex-pat community that listened to those underground electronic genres, and there were very few locals in those spaces,” explains Anh Phi Tran, one of the five co-founders of the two-year-old collective Nhạc Gãy.

Some of the first spaces to cater to what was then seen as European rave culture in Saigon were Observatory, LUSH, and Piu Piu. These clubs were grounded in bringing high-quality musical experiences to the public, and that tended to attract ex-pat/Viet-Kieu customers.

“In 2010 I joined Jase in booking events in Saigon” begins Dan, “he had moved back to Vietnam a few years before me and founded the monthly event The Beats Saigon/Bass Republic. He was one of the first to book international, underground acts in Vietnam. He is also seen as the godfather of bass music or drum & bass in Vietnam. “We brought over the likes of TOKiMONSTA, Daedalus, D-styles, and many other acts. At the time, we were following the standard booking practice of EDM, i.e having a touring act supported by a local act.”
‍

In other words, before the pandemic, there was no impetus to book more local acts or to even have a discussion around the sustainability of sourcing more regional talent. Plus, EDM as a global market was anchored in “headline culture” as Andy Blackett describes it, and this often resulted in “promoters who felt cornered into booking highly popular acts.” The headliner would receive 80% of the budget, and the rest would be for the local acts.

In Saigon, more often than not the local act was Viet-Kieu; a term that came about in the post-war period when second-generation overseas Vietnamese moved back to live and work. In the early nineties, it carried negative connotations associated with the privilege and education of a first-world country – privileges that local Vietnamese (who weren’t able to leave during the war) didn’t have access to.

The cultural nuances between the diaspora and local Vietnamese are extremely complex; unpacking them is an article of its own. But, today Viet-Kieu does not carry the same connotations it did in the nineties.' Understanding the term does, however, give context to Vietnam's electronic landscape since the scene is largely founded by Viet-Kieu. “I think I’ve totally gotten gigs because I’m Viet-Kieu since I’m seen as more Westernized” admits Dan, “but that’s also changing now.” In a way, Viet-Kieu “has given us exposure to these foreign sounds.” says Linh Ngô, Saigon raised DJ known as Abi Wasabi and co-founder of Nhạc Gãy.
‍

The Light at the End of the Tunnel

The upside of the albeit slow evolution of the underground electronic landscape is that there’s the freedom to explore. Saigon’s musical identity is only just beginning to settle “the change is happening as we speak” claims Linh and the scene isn’t over-saturated so it’s much easier to make a career out of music.

With Vietnam’s efforts to contain COVID-19 being some of the strictest in the region, the silver lining was that it truly democratized the local entertainment industry. In the last two years, local artists were finally able to reclaim the sounds and spaces of their cities. Vinahouse – traditionally representing the mainstream – has seen a musical shift with young, emerging producers experimenting with the sound in unexpected ways.

“We don't have all those decades of electronic music history to learn from,” describes Linh. There are no DJ classes or many role models in the scene to learn from. “So what ends up happening is that we have these young DJs curating nights that are such a fusion of genres, they don't give a shit they’re exploring, and it might be messy, but it's also super personal. There's this fearlessness in our scene, and it's really beautiful” reminisces Anh Phi.

What’s more, the scene is not subject to the torrid gatekeeping that exists in the West. Take Vu Phuong Thao, also known by her stage name mess. As a self-taught musician, vocalist, producer, and label owner, Thao’s full-time career is music. And she describes the process of legitimizing her career in Vietnam “as really hard in one sense, but also very easy in another sense. It’s hard to start because there are no schools or support systems for electronic musicians” Thao echoes Linh’s sentiment.
‍

Thao's music is an amalgamation of soundscapes; she blends traditional Vietnamese folk music with electronic music to “create something new while tributing her Vietnamese heritage,” and as a trained flutist she often features the instrument in her music. The easy part “is that everyone is open to sharing and learning from each other,” Thao describes a willingness to share that’s scarcely found in the more competitive atmosphere some Western music scenes can create.

“It’s important for me to share with the world what Vietnamese culture looks like today,” Thao affirms. “I feel that we’re misunderstood by the West, and stuck in past images of war. It’s time to change that image, and replace it with an authentic and present one.”
‍

It’s March 26th, 2022 in Saigon, and Thao is starting off Mixcloud’s Worldwide Vibe event. The sound of her flute mesmerizes the crowd, both the ones in person at the new, trendy venue Objoff and the ones watching her through Mixcloud Live.

Tonight is an important night for everyone involved. In fact, the lineup was curated by Dan to honor the very evolution of sounds we cover in this article. Merging the pioneers like Jase, 2Stone, Triple D, with up and coming acts like LARRIA, Tanecore, and the ever-ethereal mess. After some initial hurdles, we’re now witnessing a powerful collision of creativity in Vietnam like never before, and Mixcloud had the honor to host the creators that are redefining Saigon’s musical identity as we speak.

Thao's stage name is a tribute to that child-like curiosity and the DIY spirit that the scene was founded on. And the full stop at the end is intentional “It’s the end of the mess,” she tells me, in a firm and determined tone. But that messiness is still the core.

Make sure to listen through all the Worldwide Vibe Vietnam mixes here.